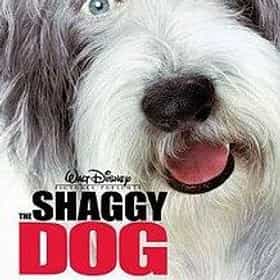 The Shaggy Dog is a 2006 comedy film by Walt Disney Pictures. It is the second remake of the 1959 film of the same name, which was first remade as a television film in 1994. Both the 1959 and 1994 features, as well as the 1976 theatrical sequel and the 1987 television sequel, had a character named Wilby Daniels transforming into an Old English Sheepdog, whereas this remake presents a character named Dave Douglas transforming into a Bearded Collie. Bearded Collies are smaller than Old English Sheepdogs, they have longer fur and tend to be more intelligent. ... more on Wikipedia

The Shaggy Dog is ranked on...

The Shaggy Dog is also found on...