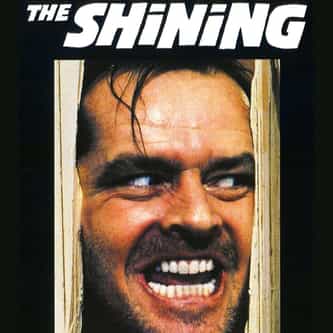 The Shining is a 1980 British-American psychological horror film produced and directed by Stanley Kubrick, co-written with novelist Diane Johnson, and starring Jack Nicholson, Shelley Duvall, Danny Lloyd, and Scatman Crothers. The film is based on Stephen King's 1977 novel of the same name, although the film and novel differ in significant ways. In the film, Jack Torrance, a writer and recovering alcoholic, takes a job as an off-season caretaker at the isolated Overlook Hotel. His young ... more on Wikipedia

16.6k readers The Making Of 'The Shining' Was A Bigger Nightmare Than The Film's Story

28.7k readers A Timeline Of The Beef Between Stephen King And Stanley Kubrick Over 'The Shining'

965 votes News Flash: The Shining Is Actually A Comedy

1.3k votes This Pixar Director Includes References To 'The Shining' In Each Of His Movies, Including 'Coco'

80 votes The Best Characters In The 1980 The Shining Movie