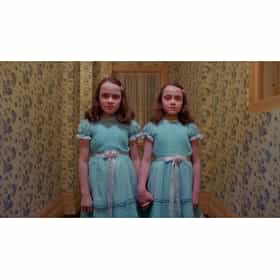 The Shining is a 1980 British-American psychological horror film produced and directed by Stanley Kubrick, co-written with novelist Diane Johnson, and starring Jack Nicholson, Shelley Duvall, Danny Lloyd, and Scatman Crothers. The film is based on Stephen King's 1977 novel of the same name, although the film and novel differ in significant ways. In the film, Jack Torrance, a writer and recovering alcoholic, takes a job as an off-season caretaker at the isolated Overlook Hotel. His young son possesses psychic abilities and is able to see things from the past and future, such as the ghosts who inhabit the hotel. ... more on Wikipedia

Pulp Fiction
The Making Of 'The Shining' Was A Bigger Nightmare Than The Film's Story 15k views All kinds of horrific events occur in Stanley Kubrick's The Shining, but the madness didn't end when the cameras stopped rol...
16 Utterly Bizarre Things You Didn't Know About The Shining 45.3k views No horror film in cinematic history has had a bigger impact on popular culture than Stanley Kubrick’s 1980 classic The Shini...
News Flash: The Shining Is Actually A Comedy 932 votes Despite all the plaudits Stanley Kubrick’s horror classic receives, The Shining isn't scary. It has all the trappings of a h...
A Timeline Of The Beef Between Stephen King And Stanley Kubrick Over 'The Shining' 27.4k views Turning a novel or short story into a movie isn't always an easy task. Besides translating the written word and inner though...
This Pixar Director Includes References To 'The Shining' In Each Of His Movies, Including 'Coco' 1.2k votes Pixar is known for being clever, emotional, and full of intent in everything they create. You can say the same of Stephen Ki...
The Shining Movie Quotes 95 votes Best The Shining quotes, with movie clips, ranked by fans. This list of great movie quotes from The Shining collects all of ...
The Best Characters In The 1980 The Shining Movie 60 votes Stanley Kubrick’s The Shining, adapted from the Stephen King novel, may not have been a big box office hit when it was relea...

The Shining is ranked on...

The Shining is also found on...