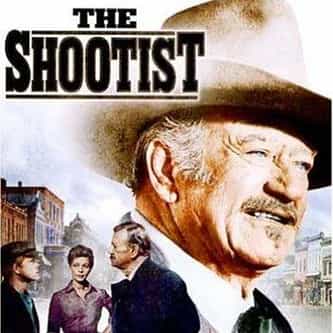 Tagline
He's got to face a gunfight once more to live up to his legend once more. To win just one more time.

The Shootist is a 1976 Western film directed by Don Siegel and starring John Wayne in his final film role, about a gunfighter who spends his last days looking for a way to stop with the least pain and the most dignity. The film is based on the 1975 novel of the same name by Glendon Swarthout with a screenplay by Miles Hood Swarthout and Scott Hale, and featuring Lauren Bacall, Ron Howard, Harry Morgan, and James Stewart. ... more on Wikipedia

The Shootist IS LISTED ON