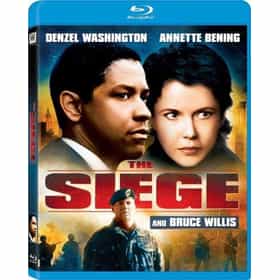 In 1996 Nestor Cerpa and his Tupac Amaru Revolutionary Movement (MRTA) took over 400 people hostage at the Japanese Ambassador's Residence in Lima. Over the next four months a chilling, unlikely, sometimes humorous and tragic drama unfolded. With unprecedented access to archival footage, secret police recordings from inside the embassy, intimate letters, and interviews with the main protagonists the directors have crafted a gripping and thought-provoking portrayal of an ultimately all too human story. Nestor Cerpa is a devoted family man who loves his wife and children dearly, writing them passionate and revealing letters from the Residence. He is also one of the most reviled figures ... more on Wikipedia

The Siege is ranked on...

The Siege is also found on...