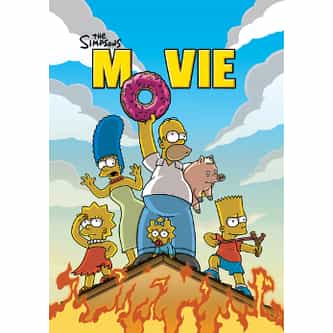 Tagline
For years
lines have been drawn...and then colored in yellow.
See our family. And feel better about yours.

The Simpsons Movie is a 2007 American animated comedy film based on the Fox television series The Simpsons. The film was directed by David Silverman, and stars the regular television cast of Dan Castellaneta, Julie Kavner, Nancy Cartwright, Yeardley Smith, Hank Azaria, Harry Shearer, Tress MacNeille, and Pamela Hayden. It features Albert Brooks as Russ Cargill, the head of the Environmental Protection Agency who intends to destroy Springfield after Homer pollutes the lake. As the ... more on Wikipedia

The Simpsons Movie IS LISTED ON