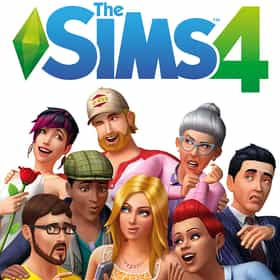 The Sims 4 is a 2014 life simulation video game developed by Maxis and The Sims Studio and published by Electronic Arts. The Sims 4 was originally announced on May 6, 2013, and was released in North America on September 2, 2014 for Microsoft Windows. A Mac compatible version of the software was made available for digital download on February 17, 2015. There are currently no plans for a console release. The Sims 4 is the first PC game to top all-format charts in two years and sold 408,150 copies worldwide in the first four days. As of November the game has sold over 1.10 million copies worldwide. The game has received mixed reviews since its release. The game has the same concept as its ... more on Wikipedia