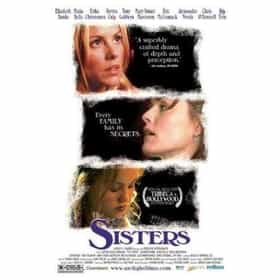 The Sisters is a 2005 film starring Maria Bello, Mary Stuart Masterson, and Erika Christensen as the title characters; it also stars Alessandro Nivola, Rip Torn, Eric McCormack, Steven Culp, Tony Goldwyn and Chris O'Donnell. The film was written by Richard Alfieri and directed by Arthur Allan Seidelman. The Sisters is inspired by Anton Chekhov's play Three Sisters . It tells the story of three sisters and a brother, their family dysfunctions, and the siblings dealing with their ups and downs after the death of their father. ... more on Wikipedia

The Sisters is ranked on...

The Sisters is also found on...