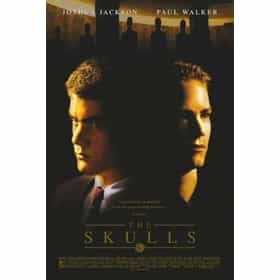 The Skulls is a 2000 American psychological thriller film starring Joshua Jackson, Paul Walker and Leslie Bibb, directed by Rob Cohen. Its plot is based upon some of the conspiracy theories surrounding Yale University's Skull and Bones student society. The film was critically panned, but successful enough to spawn two direct-to-video sequels, The Skulls II, directed by Joe Chappelle and starring Robin Dunne, Ashley Lyn Cafagna and The Skulls III, with Clare Kramer as the first woman member of the society. ... more on Wikipedia

The Skulls is ranked on...

The Skulls is also found on...