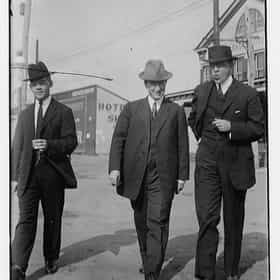 The Smiths were an English rock band formed in Manchester in 1982. The group consisted of vocalist Morrissey, guitarist Johnny Marr, bassist Andy Rourke and drummer Mike Joyce. Critics have called them one of the most important bands to emerge from the British independent music scene of the 1980s. In 2002, NME named the Smiths "the artists to have had the most influence on the NME". In 2003, four of the band's albums appeared on Rolling Stone's list of the "500 Greatest Albums of All Time". Based on the songwriting partnership of Morrissey and Marr, the group signed to the independent record label Rough Trade Records, on which they released four studio albums. They ... more on Wikipedia

lists about The Smiths

The Smiths is ranked on...

#188 of 465 The Best Current Pop Groups/Singers 468.7k VOTES A list of the best current pop groups and singers who are making some of the best pop songs of 2019. The battle between...
#103 of 2,219 People who voted for The Smiths... People under 30 are 2x more likely to vote for this People on the West Coast are 2x more likely to vote for this The Best Rock Bands of All Time 3.2M VOTES There are thousands of rock bands that have existed throughout the decades ever since the dawn of rock and roll, but only th...
#104 of 381 The Best Pop Artists of the 1980s 375.1k VOTES The 1980s was a huge decade in terms of breaking pop stars. 80s artists benefited from the rising popularity of cable televi...
#10 of 570 The Most Hipster Bands 177.8k VOTES Since the mid-2000s, the word hipster has invaded the lexicon of pop culture and has become a term, for better or worse, syn...
#29 of 35 Bands People Lie About Liking 13.3k VOTES Music is a social staple, and relevant bands have become a defining cultural landmark people use to demonstrate their i...
#3 of 12 Pettiest Reasons Bands Broke Up 1.8k VOTES Some of the greatest bands in music history called it quits at the height of their fame - sometimes because the band legitim...
#14 of 15 The 2015 Rock and Roll Hall of Fame Nominees 3.8k VOTES Update: The 2015 Rock and Roll Hall of Fame inductees have been announced. Lou Reed, Green Day, Stevie Ray Vaughan and Doubl...
#12 of 231 The Very Best Indie Pop Bands & Artists 31.8k VOTES This indie pop bands list ranks the best indie pop groups and musicians making some of the best indie songs of 2018. This li...
#5 of 596 The Best Indie Bands & Artists 151.2k VOTES Before the genre became mainstream (which in itself is paradoxical) indie bands meant that a particular group was signed to ...
#11 of 673 The Best Alternative Bands/Artists 196k VOTES At the end of the 1980s, at the peak of glam rock and hair metal, a new genre began to emerge from the underground. Since it...
#65 of 374 The Best Gothic Rock Bands/Artists 34.6k VOTES Blending elements of post-punk and alternative rock, the best gothic rock bands are some the best known rock bands, albeit s...

The Smiths is also found on...