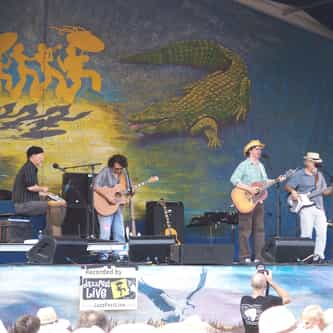 The Subdudes are an American roots rock group from New Orleans. Their music is a blending of American folk, swamp pop, New Orleans rhythm and blues, Louisiana blues, country, cajun/zydeco, funk, soul and gospel with harmonic vocals. Their sound is notable for the band's substitution of a tambourine player for a drummer. The subdudes formed in 1987 through a music venue in New Orleans called Tipitinas. The Subdudes often credit their songwriting to the group as a whole, although the primary ... more on Wikipedia

The Subdudes IS LISTED ON