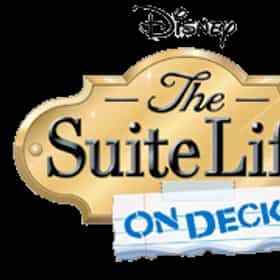 The Suite Life on Deck is an American sitcom that aired on Disney Channel from September 26, 2008 to May 6, 2011. It is a sequel/spin-off of the Disney Channel Original Series The Suite Life of Zack & Cody. The series follows twin brothers Zack and Cody Martin and hotel heiress London Tipton in a new setting, the SS Tipton, where they attend classes at "Seven Seas High School" and meet Bailey Pickett while Mr. Moseby manages the ship. The ship travels around the world to nations such as Italy, Greece, India, Sweden and the United Kingdom where the characters experience different cultures, adventures, and situations. The series' pilot aired in the UK on September 19, 2008, ... more on Wikipedia

The Suite Life on Deck is ranked on...

The Suite Life on Deck is also found on...

what is the lightest pokemon, Batwoman episode guide, oberyn martell wife, famous cooking shows, what actress do i look like, the game u s tv series, where do chiquita bananas come from, cornish college of the arts notable alumni, when is portugal playing, home and away cast names