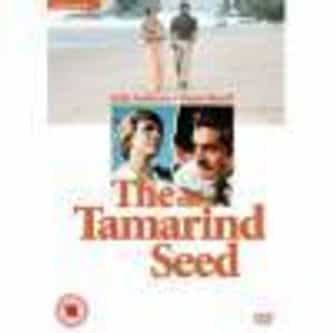 The Tamarind Seed is a 1974 American-British romantic drama film written and directed by Blake Edwards and starring Julie Andrews and Omar Sharif. Based on the 1971 novel The Tamarind Seed by Evelyn Anthony, the film is about a British Home Office functionary and a Soviet air attaché who are lovers involved in Cold War intrigue. The Tamarind Seed was the first film produced by Lorimar Productions. The film score was composed by John Barry. The film was spoofed in MAD Magazine in ... more on Wikipedia

The Tamarind Seed IS LISTED ON