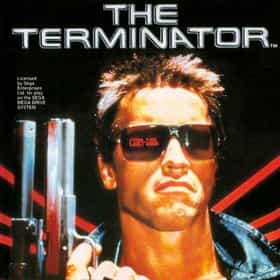 56 Things You Didn't Know About the Terminator Movies 6.2M views When it comes to film franchises, Terminator is one of the best. From the original, all the way through to Terminator Genysi...
12 Terminator Fan Theories That Are Just Crazy Enough To Be True 8k votes If you’ve spent any time thinking about Terminator, one of the greatest action films of the '80s, you’ve probably had a few ...
"I'll Be Back" With The Best Quotes From 'The Terminator' 160 votes The best quotes from The Terminator prove why it is such a great movie. Even if you haven’t seen it in a while you can reliv...

The Terminator is ranked on...

The Terminator is also found on...