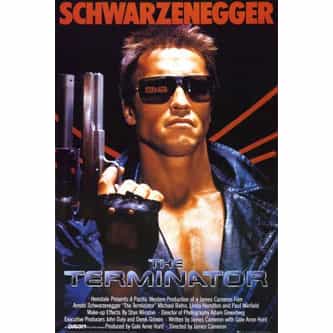 The Terminator series is a science-fiction franchise created by James Cameron and Gale Anne Hurd. It encompasses a series of films, comics, novels, and additional media concerning battles between Skynet's synthetic intelligent machine network, and John Connor's Resistance forces and the rest of the human race. Skynet's most well-known products in its genocidal goals are the various terminator models, such as the T-800 (Model 101), who was portrayed by Arnold Schwarzenegger from the first ... more on Wikipedia

lists about The Terminator Franchise

The Terminator Franchise IS LISTED ON