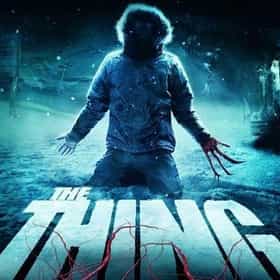 The Thing is a 2011 science fiction horror film directed by Matthijs van Heijningen Jr. and written by Eric Heisserer based on the novella Who Goes There? by John W. Campbell. It is a prequel to the 1982 film of the same name by John Carpenter. The film stars Mary Elizabeth Winstead, Joel Edgerton, Ulrich Thomsen, Adewale Akinnuoye-Agbaje and Eric Christian Olsen. They are part of a team of Norwegian and American scientists who discover an alien buried deep in the ice of Antarctica, realizing too late that it is still alive. ... more on Wikipedia

The Thing is ranked on...

The Thing is also found on...