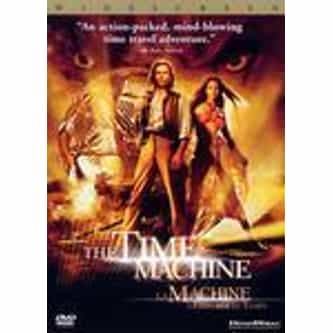 The Time Machine is a 2002 American science fiction film loosely adapted from the 1895 novel of the same name by H. G. Wells and the 1960 film screenplay by David Duncan. It was executive-produced by Arnold Leibovit and directed by Simon Wells, the great-grandson of the original author. The film stars Guy Pearce, Jeremy Irons, Orlando Jones, Samantha Mumba, Mark Addy, Sienna Guillory, and Phyllida Law, and includes a cameo by Alan Young, who also appeared in the 1960 film adaptation. The ... more on Wikipedia

The Time Machine IS LISTED ON