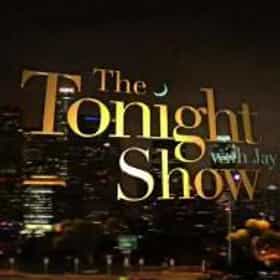 The Tonight Show with Jay Leno

The Tonight Show with Jay Leno is an American late-night talk show hosted by Jay Leno that initially aired from May 25, 1992 to May 29, 2009, and resumed production on March 1, 2010 until its ending on February 6, 2014. The fourth incarnation of the Tonight Show franchise made its debut on May 25, 1992, three days following Johnny Carson's retirement as host of the program. The program originates from NBC Studios in Burbank, California, and was broadcast Monday through Friday at 11:35 PM in the Eastern and Pacific time zones. Unlike Carson or his predecessor Jack Paar, Leno only once utilized a guest host, preferring to host the series by himself. The series, which followed the same ... more on Wikipedia

The Tonight Show with Jay Leno is ranked on...

#628 of 1,176 People who voted for The Tonight Show with Jay Leno... also upvote Friday the 13th Franchise on The Best '80s Horror Movies also upvote Rambo Franchise on The Best War Movies Ever The Greatest TV Shows Of All Time 1.4M VOTES Choosing the best TV shows of all time means taking into account the best TV dramas, the best TV comedies, the best cartoons...
#561 of 1,328 The Best Guilty Pleasure TV Shows 19.5k VOTES List of the best guilty pleasure TV shows, past and present, including sitcoms, dramas, reality shows, and game shows. These...
#22 of 53 The Best Late Night Talk Shows of All Time 4.9k VOTES What are the best late night talk shows you always stay up to watch? This list compiles the names of the greatest late ...
#39 of 39 The Funniest TV Shows of 2012 2.6k VOTES The funniest TV shows of 2012 allowed us to unwind after a long day with witty writing and belly busting laughs. These comed...
#8 of 14 The Most Memorable TV Host Farewells 1.8k VOTES The best final episodes of talk shows, farewells and finales from some of ﻿the ﻿﻿all-time greatest late night talk show host...
#215 of 476 The Best Television Shows of the 2000s 143.5k VOTES Some great TV shows came out of the 2000s, while some have even lived on. Here's a list of the best shows that aired from 20...
#12 of 30 The Best Talk Shows of the 2000s 1.7k VOTES Talk shows have been a television staple for decades, and these are the best 2000s talk shows, ranked by fans. Some of these...
#12 of 30 The Best Talk Shows of the '90s 1.4k VOTES The best 90s talk shows came in all shapes and sizes and played in vastly different arenas of subject matter. Here they are,...
#36 of 59 The Best Talk Shows On TV 17.6k VOTES The very best talk show shows on television, ranked from best to worst. This list of the greatest talk show shows also inclu...
#8 of 11 The Best Talk Shows in LA 22 VOTES After you spend a week in Los Angeles, you'll see why so many people choose to live here 365 days out of the year. It is a g...

The Tonight Show with Jay Leno is also found on...