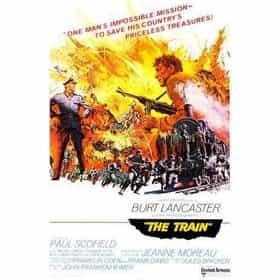 The Train is a 1964 black-and-white film directed by John Frankenheimer from a story and screenplay by Franklin Coen and Frank Davis, based on the non-fiction book Le front de l'art by Rose Valland, who documented the works of art placed in storage that had been taken by the Germans from museums and private art collections. It stars Burt Lancaster, Paul Scofield, and Jeanne Moreau. Set in August 1944, the film sets French Resistance-member Paul Labiche against German Colonel Franz von Waldheim, who is attempting to move art masterpieces by train to Germany. ... more on Wikipedia

The Train is ranked on...

The Train is also found on...