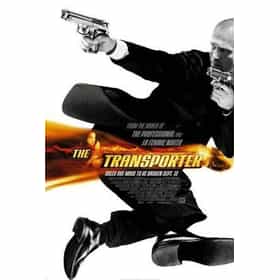 The Transporter is a 2002 French action thriller film directed by Louis Leterrier and Corey Yuen and written by Luc Besson, who was inspired by BMW Films' The Hire series. The film stars Jason Statham as Frank Martin, a driver for hire – a mercenary "transporter" who will deliver anything, anywhere – no questions asked – for the right price. It also stars Shu Qi as Lai Kwai. It is the first film in a series also consisting of Transporter 2 and Transporter 3. A television series premiered in 2012 on October 11 in Germany on RTL and on December 6 in France on M6. ... more on Wikipedia

lists about The Transporter

The Transporter is ranked on...

The Transporter is also found on...