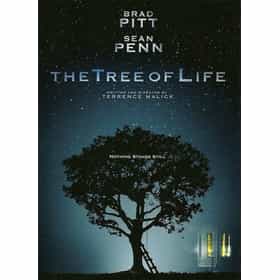 The Tree of Life

The Tree of Life is a 2011 American experimental drama film written and directed by Terrence Malick and starring Brad Pitt, Sean Penn, and Jessica Chastain. The film chronicles the origins and meaning of life by way of a middle-aged man's childhood memories of his family living in 1950s Texas, interspersed with imagery of the origins of the universe and the inception of life on Earth. After several years in development and missing 2009 and 2010 release dates, the film premiered in competition at the 2011 Cannes Film Festival, where it won the Palme d'Or. The Tree of Life ranks #1 on Metacritic's "Film Critic Top Ten List of 2011". In January 2012, the film was nominated for ... more on Wikipedia

The Tree of Life is ranked on...

The Tree of Life is also found on...