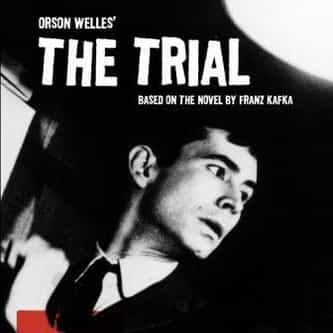 The Trial is a 1962 film directed by Orson Welles, who also wrote the screenplay based on the novel of the same name by Franz Kafka. Welles stated immediately after completing the film: "The Trial is the best film I have ever made." The film begins with Welles narrating Kafka's parable "Before the Law" to pinscreen scenes created by the artist Alexandre Alexeieff. Anthony Perkins stars as Josef K., a bureaucrat who is accused of a never-specified crime, and Jeanne ... more on Wikipedia

The Trial IS LISTED ON