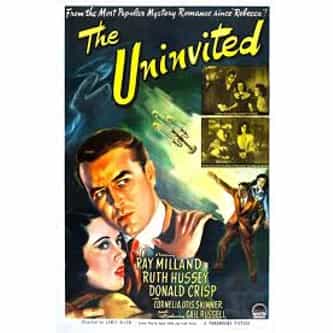 The Uninvited is a 1944 American supernatural mystery/romance directed by Lewis Allen in his feature film debut. It is based on the Dorothy Macardle novel Uneasy Freehold. The film stars Ray Milland, Ruth Hussey, and Donald Crisp, and introduces Gail Russell. Charles Lang was nominated for the Academy Award for Best Black and White Cinematography at the 17th Academy Awards. Edith Head designed the costumes. ... more on Wikipedia

The Uninvited IS LISTED ON