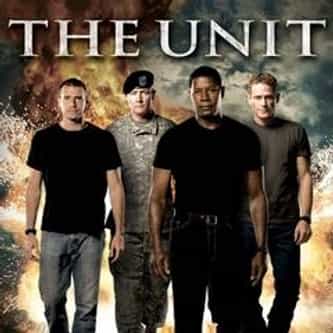 The Unit is an American action-drama television series that focused on a top-secret military unit modeled after the real-life U.S. Army special operations unit commonly known as Delta Force. The series originally aired on CBS from March 7, 2006 to May 10, 2009 before being cancelled. ... more on Wikipedia

The Unit IS LISTED ON