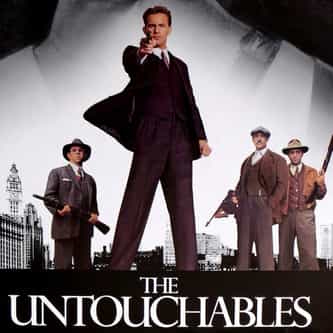 The Untouchables is a 1987 American drama film directed by Brian De Palma and written by David Mamet. Based on the book The Untouchables, the film stars Kevin Costner as government agent Eliot Ness. It also stars Robert De Niro as gang leader Al Capone and Sean Connery as Irish-American officer Jimmy Malone. The film follows Ness' autobiographical account of the efforts of him and his Untouchables to bring Capone to justice during Prohibition. The Grammy Award-winning score was composed by ... more on Wikipedia

The Untouchables IS LISTED ON