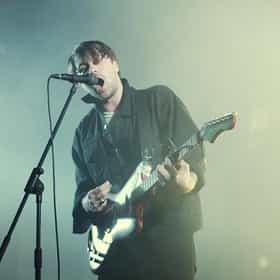 The Vaccines are a platinum selling English indie rock band, formed in West London in 2010 by Justin Hayward-Young, Freddie Cowan, Árni Árnason and Pete Robertson. The band have released two studio albums, What Did You Expect from The Vaccines? and Come of Age, which charted at #1 in the UK upon its release. Their third album English Graffiti is scheduled to be released on 25th May 2015. The band have toured extensively, playing with and opening up for acts such as The Rolling Stones, Arcade Fire, The Stone Roses, Arctic Monkeys, Red Hot Chili Peppers and Muse amongst others. The band's debut album was the best-selling debut album of 2011, drawing comparisons to The ... more on Wikipedia

The Vaccines is ranked on...

#168 of 380 The Best Punk Bands Of All Time 630.7k VOTES Punk rock is one of the most popular rock subgenres. The subject of who is the greatest punk band has fueled argument and de...
#17 of 42 The Best Bands Like The Killers 467 VOTES Looking for more bands like The Killers? Fronted by lead vocalist Brandon Flowers, The Killers have been a rock staple since...
#55 of 576 The Best Indie Bands & Artists 154.2k VOTES Before the genre became mainstream (which in itself is paradoxical) indie bands meant that a particular group was signed to ...
#433 of 676 The Best Alternative Bands/Artists 200.9k VOTES At the end of the 1980s, at the peak of glam rock and hair metal, a new genre began to emerge from the underground. Since it...
#27 of 81 The Best Post-punk Revival Bands 13k VOTES At the end of the 1990s and early 2000s after alternative music ran its course (or at minimum wasn't nearly as popular), the...