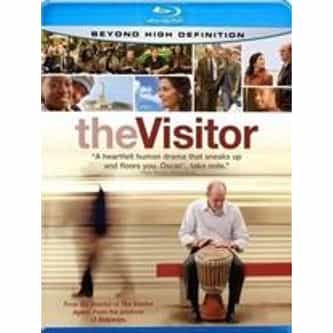 The Visitor is a 2007 American drama film written and directed by Thomas McCarthy and produced by Michael London and Mary Jane Skalski. Executive producers were Jeff Skoll and Omar Amanat. The screenplay focuses on a lonely man in late middle age whose life changes when he is forced to face issues relating to identity, immigration, and cross-cultural communication in post-9/11 New York City. For The Visitor, McCarthy won the 2008 Independent Spirit Award for Best Director, while Richard ... more on Wikipedia

The Visitor IS LISTED ON