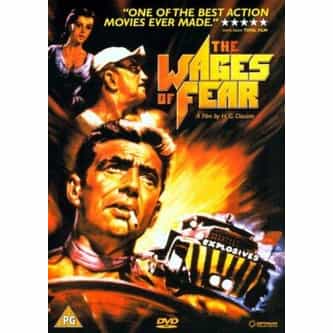 The Wages of Fear

The Wages of Fear is a 1953 French-Italian thriller film directed by Henri-Georges Clouzot, starring Yves Montand, and based on a 1950 novel by Georges Arnaud. When a South American oil well owned by an American company catches fire, the company hires four European men, down on their luck, to drive two trucks over mountain dirt roads, loaded with nitroglycerine needed to extinguish the flames. The film brought Clouzot international fame, and allowed him to direct Les Diaboliques. In France ... more on Wikipedia

The Wages of Fear IS LISTED ON