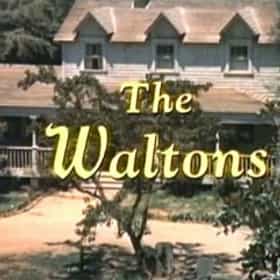 The Waltons is an American television series created by Earl Hamner, Jr., based on his book Spencer's Mountain, and a 1963 film of the same name. The show is centered on a family in a rural Virginia community during the Great Depression and WWII. The series pilot aired as a television movie entitled The Homecoming: A Christmas Story and was broadcast on December 19, 1971. Beginning in September 1972, the series originally aired on CBS for a total of nine seasons. After the series was canceled by CBS in 1981, NBC aired three television movie sequels in 1982, with three more in the 1990s; on CBS. ... more on Wikipedia

The Waltons is ranked on...

The Waltons is also found on...