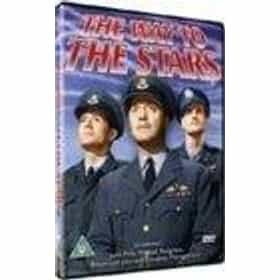 The Way to the Stars

The Way to the Stars is a 1945 British war drama film made by Two Cities Films. In the United States it was known as Johnny in the Clouds and distributed by United Artists.It was produced by Anatole de Grunwald and directed by Anthony Asquith. The screenplay was co-written by noted dramatist, Terence Rattigan, as a significant reworking of his 1942 play Flare Path, which incorporated his Royal Air Force experiences as a Flight Lieutenant. The film stars Michael Redgrave, John Mills, Rosamund John and Stanley Holloway. The title, The Way to the Stars, is often assumed to have been taken from the Latin motto of the RAF, Per ardua ad astra. However, the literal translation of the RAF ... more on Wikipedia

The Way to the Stars is ranked on...