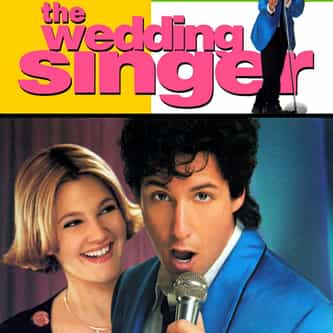 The Wedding Singer is a 1998 romantic comedy film written by Tim Herlihy and directed by Frank Coraci. It stars Adam Sandler as a wedding singer in the 1980s and Drew Barrymore as a waitress with whom he falls in love. The film was produced by Robert Simonds for $18 million and grossed $80.2 million in the United States and $123.3 million worldwide. The film was later adapted into a stage musical with the same title, debuting on Broadway in April 2006 and closing on New Year's Eve of that ... more on Wikipedia

lists about The Wedding Singer

507 votes The Funniest Quotes From 'The Wedding Singer'

The Wedding Singer IS LISTED ON