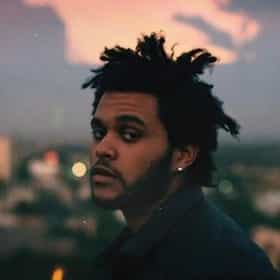 Abel Makkonen Tesfaye (born 16 February 1990), better known by his stage name The Weeknd, is a Canadian singer, songwriter and record producer.He has won three Grammy Awards, eight Billboard Music Awards, two American Music Awards, nine Juno Awards, and has been nominated for one Academy Award. He has sold over 100 million records worldwide, making him one of the world's best-selling artists.In 2010, he anonymously uploaded several songs to YouTube under the name "The Weeknd" and released the critically acclaimed mixtapes House of Balloons, Thursday, and Echoes of Silence in 2011. His mixtapes were later remastered and rereleased on the compilation album Trilogy (2012). He ... more on Wikipedia

lists about The Weeknd

The Weeknd is ranked on...

The Weeknd is also found on...