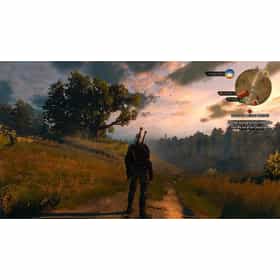 The Witcher 3: Wild Hunt is a 2015 action role-playing game developed and published by CD Projekt, based on The Witcher series of fantasy novels by Andrzej Sapkowski. It is the sequel to the 2011 game The Witcher 2: Assassins of Kings. Played in an open world with a third-person perspective, players control protagonist Geralt of Rivia, a monster hunter known as a witcher, who is looking for his missing adopted daughter on the run from the Wild Hunt: an otherworldly force determined to capture and use her powers. ... more on Wikipedia

lists about The Witcher 3: Wild Hunt

25 Memes That Are Hilarious If You've Played Too Much Of The Witcher 4.7k votes Did you check off every single question mark on the map before starting the main story? Did you see Roach up on a roof or tw...
25 'Witcher 3' Quotes That Are So Good Dandelion Wishes He Wrote Them 278 votes As one of the greatest games in recent memory, the best Witcher 3 quotes are sometimes funny, sometimes inspirational, but a...
Great Games You Need To Play If You Love 'The Witcher 3' 163 votes From humble beginnings to a worldwide phenomenon, The Witcher series is the definition of a modern classic, with The Witcher...

The Witcher 3: Wild Hunt is ranked on...