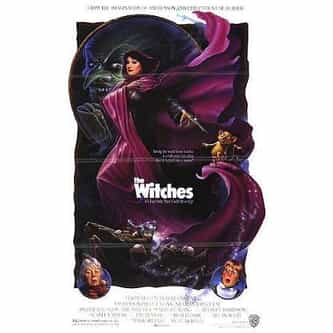 The Witches is a 1990 comedy-fantasy film based on the book of the same name by Roald Dahl. It was directed by Nicolas Roeg and produced by Jim Henson Productions for Lorimar Film Entertainment and Warner Bros., starring Anjelica Huston as Miss Evangeline Ernst/Grand High Witch, Mai Zetterling as Helga Eveshim, Rowan Atkinson as Mr. Stringer, and introducing Jasen Fisher as Luke Eveshim. ... more on Wikipedia

lists about The Witches

8.2k votes 'The Witches' Is The Scariest Children's Movie In Existence - And It's Even Darker Looking Back

The Witches IS LISTED ON