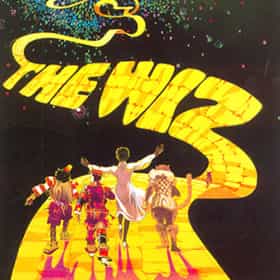 The Wiz is a 1978 American musical adventure film produced in collaboration between Motown Productions and Universal Pictures, and released by Universal on October 24, 1978. A reimagining of L. Frank Baum's The Wonderful Wizard of Oz featuring an entirely African-American cast, The Wiz was adapted from the 1975 Broadway musical of the same name. The film follows the adventures of Dorothy, a shy Harlem, New York, schoolteacher who finds herself magically transported to the Land of Oz, which resembles a fantasy version of New York City. Befriended by a Scarecrow, a Tin Man, and a Cowardly Lion, she travels through the land to seek an audience with the mysterious Wiz, who they say has the ... more on Wikipedia

The Wiz is also found on...