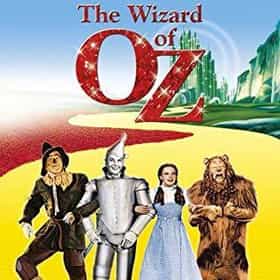 The Wizard of Oz is a 1939 American musical fantasy film produced by Metro-Goldwyn-Mayer, and the most well-known and commercially successful adaptation based on the 1900 novel The Wonderful Wizard of Oz by L. Frank Baum. The film stars Judy Garland; Terry the dog, billed as Toto; Ray Bolger, Jack Haley, Bert Lahr, Frank Morgan, Billie Burke, Margaret Hamilton, with Charley Grapewin and Clara Blandick, and the Singer Midgets as the Munchkins, with Pat Walshe as leader of the flying monkeys. Notable for its use of Technicolor, fantasy storytelling, musical score and unusual characters, over the years it has become one of the best-known films and part of American popular culture. It was ... more on Wikipedia

lists about The Wizard of Oz

The Wizard of Oz is ranked on...

The Wizard of Oz is also found on...