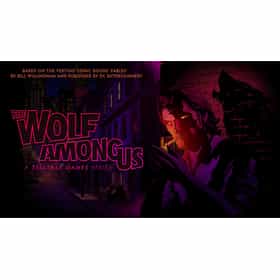 The Wolf Among Us

The Wolf Among Us is an ongoing episodic graphic adventure video game based on Bill Willingham's Fables comic book series. It is developed and published by Telltale Games and distributed by Vertigo and Warner Bros. Interactive Entertainment. It is canon with the comic book universe and is set as a prequel to the comic book. The game will consist of five episodes, with the first episode being released for Microsoft Windows and Xbox 360 worldwide on October 11, 2013, for OS X worldwide on October 14, 2013, for PlayStation 3 on October 15, 2013 in North America and on October 16, 2013 in Europe and Australia, for iOS worldwide on December 4, 2013 and PlayStation Vita before the end of ... more on Wikipedia

The Wolf Among Us is ranked on...