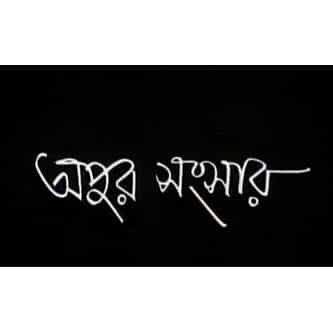 The World of Apu

The World of Apu, originally titled Apur Sansar, is a Bengali drama film directed by Satyajit Ray. It is the third part of The Apu Trilogy, about the childhood and early adulthood of a young Bengali named Apu in the early twentieth century Indian subcontinent. The film is based on the last two-thirds of the 1932 Bengali novel, Aparajito, by Bibhutibhushan Bandopadhyay. Released in 1959, The World of Apu focuses on Apu's adult life, and also introduces the actors Soumitra Chatterjee and ... more on Wikipedia

The World of Apu IS LISTED ON