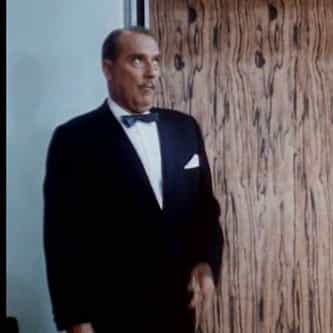 Theodore J. Mooney is a fictional character on the 1960s CBS situation comedy The Lucy Show, portrayed by Gale Gordon. Mooney was the president of the local bank in Lucy Carmichael's hometown of Danfield. As such, he was also the trustee of an apparently sizable trust fund of which the widowed Mrs. Carmichael was the beneficiary, left to her by her late husband. Much of the series' humor in its early episodes was based around Lucy's attempts to get Mooney to allow her to invade the ... more on Wikipedia

Theodore J. Mooney IS LISTED ON