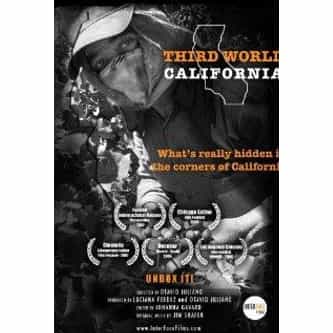 Third World California is a 2006 documentary film by Otavio Juliano. It depicts the substandard living conditions of undocumented immigrants living within an Indian reservation in the Lower Coachella Valley in the California desert. Because of the reservation's status as a sovereign entity, environmental regulations, building codes, fire safety codes and other basic legal protections cannot be enforced there. As a result, the undocumented residents of the reservation live in squalor next ... more on Wikipedia

Third World California IS LISTED ON