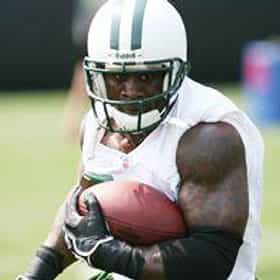 Thomas Jones (born August 19, 1978) is an American actor who performs as Thomas Q. Jones, and a former American football running back who played 12 seasons in the National Football League (NFL). He played college football for the University of Virginia. He was drafted by the Arizona Cardinals seventh overall in the 2000 NFL Draft, and played for the Tampa Bay Buccaneers in addition to the New York Jets, Chicago Bears and Kansas City Chiefs. He retired among the top 25 leading rushers in NFL history (currently 26th, after LeSean McCoy passed him), and a member of the 10,000 yards club. In 2013, performing under the name Thomas Q. Jones, he began an acting career. Among his credits are ... more on Wikipedia

Thomas Jones is ranked on...

Thomas Jones is also found on...