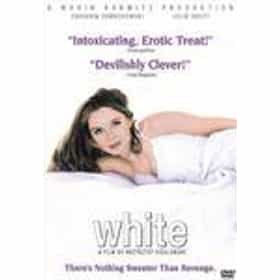 Three Colors: White is a 1994 French-Polish comedy-drama art film co-written, produced, and directed by Krzysztof Kieślowski. White is the second in The Three Colors Trilogy, themed on the French Revolutionary ideals, following Blue and preceding Red. White is about equality, with the film depicting Karol Karol, a shy man who, after being left by his wife in humiliating circumstances in Paris, loses his money, his residency, and his friends. As a deeply ashamed beggar in Warsaw, Karol begins his effort to restore equality to his life through revenge. ... more on Wikipedia

Three Colors: White is ranked on...