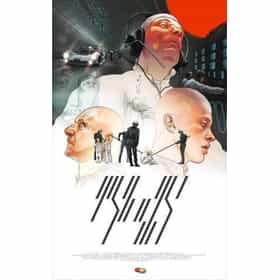 THX 1138 is a 1971 science fiction film directed by George Lucas in his feature directorial debut. The film was produced by Francis Ford Coppola and written by Lucas and Walter Murch. It stars Robert Duvall and Donald Pleasence and depicts a dystopian future in which the populace is controlled through android police officers and mandatory use of drugs that suppress emotion, including sexual desire. THX 1138 was developed from Lucas' student film Electronic Labyrinth: THX 1138 4EB, which he made in 1967 while attending the University of Southern California's film school. ... more on Wikipedia