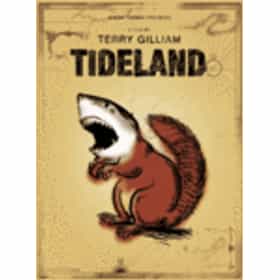 Tideland is a 2005 British-Canadian science fiction fantasy film co-written and directed by Terry Gilliam, an adaptation of Mitch Cullin's novel of the same name. The film was shot in Regina, Saskatchewan, Canada, and surrounding area in the fall and winter of 2004. The world premiere was at the 2005 Toronto International Film Festival, where the film was met with mixed response from both viewers and critics. After little interest from U.S. distributors, THINKFilm picked the film up for a U.S. release date in October 2006. ... more on Wikipedia

Tideland is ranked on...

Tideland is also found on...

List of All Fantasy Movies Famous Movies Filmed in Texas