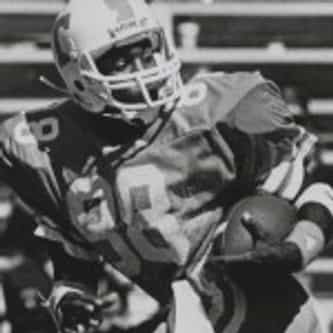 Timothy Dwayne Hatchett McGee (born August 7, 1964) is a retired professional American football wide receiver who played in the National Football League for the Cincinnati Bengals and the Washington Redskins from 1986 to 1994. Before his NFL career, he played college football at the University of Tennessee, where he set school career records for receptions, receiving yards, and touchdown receptions, and was named an All American his senior year. ... more on Wikipedia

Tim McGee IS LISTED ON