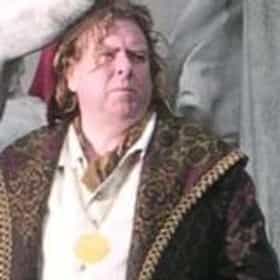 Timothy Leonard Spall (born 27 February 1957) is an English character actor and occasional presenter. He became a household name in the UK after appearing as Barry Spencer Taylor in the 1983 ITV comedy-drama series Auf Wiedersehen, Pet. Spall received critical acclaim for his performance in Secrets & Lies (1996), for which he was nominated for the BAFTA Award for Best Actor in a Leading Role. Subsequently, he starred in many films, including Hamlet (1996), Nicholas Nickleby (2002), Enchanted (2007), The Damned United (2009), The King’s Speech (2010), Ginger and Rosa (2012), Denial (2016), and The Party (2017). He also gained international acclaim for his role as Peter Pettigrew in ... more on Wikipedia

Timothy Spall is ranked on...

#105 of 273 The Greatest British Actors of All Time 289.4k VOTES This list of the greatest British actors of all time has been ranked by fans of the films and TV shows in which these men ha...
#71 of 115 The Best English Actors of All Time 79.8k VOTES Some of the best actors of all time hail from England, and whether you love these English men for their acting talents or ju...
#36 of 66 The Best Living English Actors 29.3k VOTES You'd listen to Michael Caine talk all day, right? And surely you'd watch Ian McKellan in just about any movie Hollywood d...
Famous People Named Timothy 36.6k VIEWS List of famous people named Timothy, along with photos. How many celebrities named Tim can you think of? The famous Timothys...
Actors in the Most Tim Burton Movies 10.4k VIEWS Tim Burton creates a world full of imagination each time he steps behind the camera. Burton has worked with some of the best...

Timothy Spall is also found on...