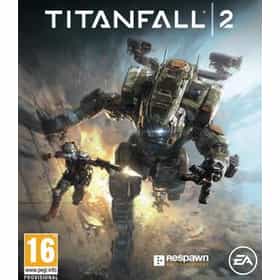 Titanfall 2 is a first-person shooter video game developed by Respawn Entertainment and published by Electronic Arts. It is the sequel to 2014's Titanfall and was released worldwide on October 28, 2016 for Microsoft Windows, PlayStation 4 and Xbox One. Its single-player campaign focuses on a Militia soldier, Jack Cooper, who aspires to pilot a Titan, the ultimate fighting tool in the war, against the Interstellar Manufacturing Corporation (also known as the IMC) and its mercenaries. Similar to its predecessor, Titanfall 2 is a first-person shooter game in which players can control both a pilot and their Titans  mecha-style exoskeletons. The pilot has an arsenal of abilities which ... more on Wikipedia

Titanfall 2 is ranked on...