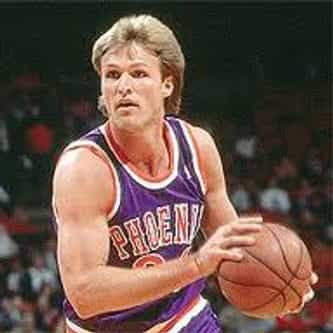 Thomas Doane Chambers (born June 21, 1959) is an American retired National Basketball Association (NBA) player. Having a strong shot along with high-flying dunks, Chambers played professionally from 1981 to 1997. At 6'10", he played at the power forward position as a professional, and was selected to four NBA All-Star Games as a member of the Seattle SuperSonics and the Phoenix Suns. Chambers is one of two players, along Antawn Jamison, with 20,000 or more career points eligible, but ... more on Wikipedia

Tom Chambers IS LISTED ON