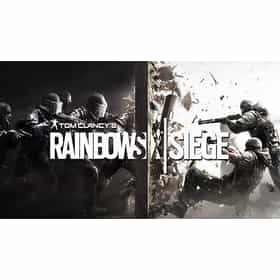 Tom Clancy's Rainbow Six Siege is a tactical shooter video game developed by Ubisoft Montreal and published by Ubisoft. It was released worldwide for Microsoft Windows, PlayStation 4, and Xbox One on December 1, 2015. The game puts heavy emphasis on environmental destruction and cooperation between players. Players assume control of an attacker or a defender in different gameplay modes such as hostage rescuing and bomb defusing. ... more on Wikipedia