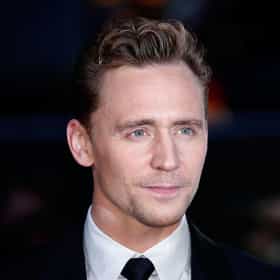 Thomas William Hiddleston (born 9 February 1981) is an English actor, film producer, and musician. He is the recipient of several accolades, including a Golden Globe Award, a Laurence Olivier Award and has been nominated for two Primetime Emmy Awards. Born in London, England, he earned a double first in Classics at the University of Cambridge and later proceeded to study acting at the Royal Academy of Dramatic Art. At the beginning of his career, he appeared in West End productions of Cymbeline (2007) and Ivanov (2008). He won the Olivier Award for Best Newcomer in a Play for his role in Cymbeline and was also nominated for the same award for his role as Cassio in Othello (2008). ... more on Wikipedia

Tom Hiddleston is ranked on...

Tom Hiddleston is also found on...